App Assignments to a Station Group allow for easier management of App assignments for a large number of stations. Assignment follows an inheritance model, where an individual station will inherit all the apps available at the group level, plus any additional apps assigned to the individual station.

The App Assignment on a Station Group can be set: 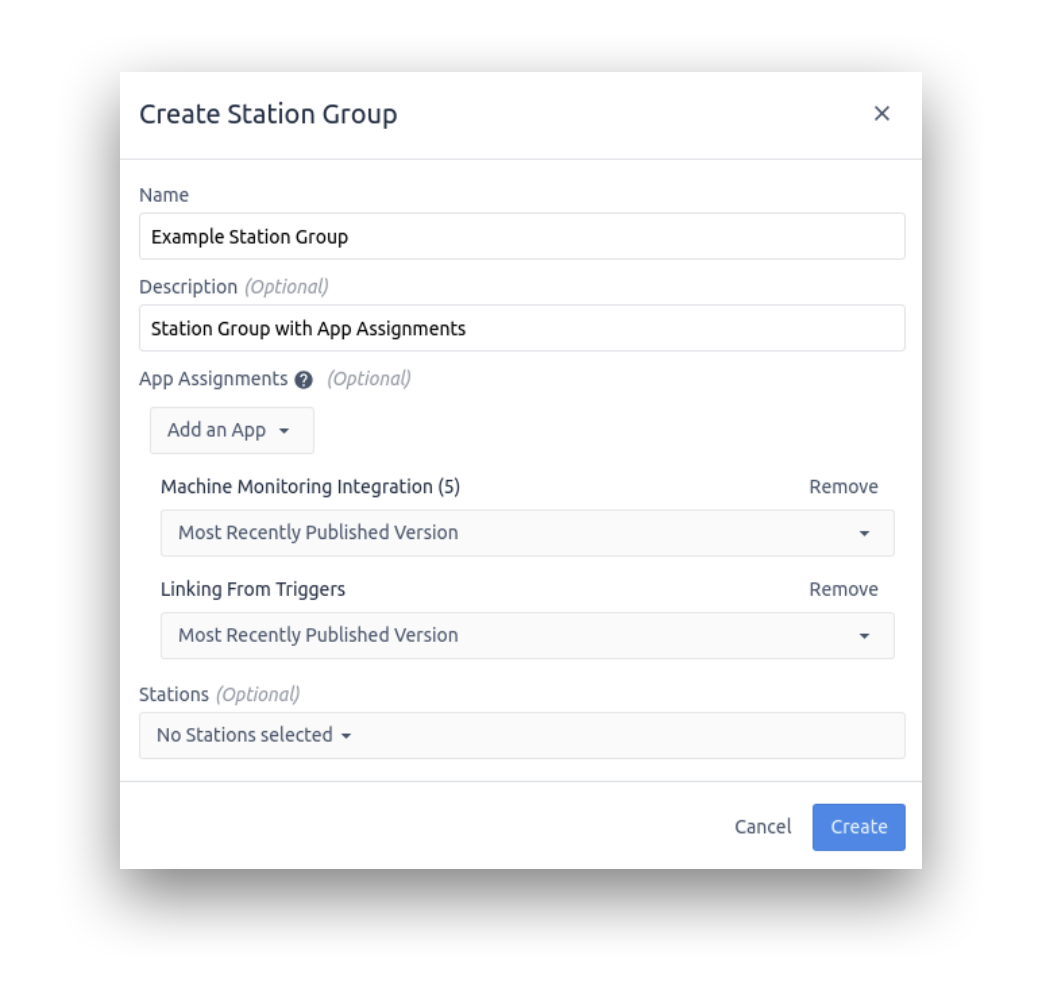 Individual Stations within the Station Group can extend this list further if needed by adding additional app assignments directly on the Station. This can be done either when creating the Station or from the “Configuration” section of the Station.

The resolved set of apps that are allowed to run on the Display Device assigned to “Example Station” are: