All Collections
Tulip + Edge Devices
Node-RED
How to: Use Serial with Node-RED

How to: Use Serial with Node-RED

Guide on connecting to a serial device, configuring a serial port in node-RED, and an introduction to node-RED library flows

Written by Aaron Stone
Updated over a week ago

This article will describe how to read and write serial data from Tulip Edge devices using Node-RED. It will cover how to connect to the different serial ports on each type of Edge device, and two Tulip Node-RED library flows that use serial communication.

What you will need is:

First, make sure that you physically connect your serial peripheral to the Edge device.

Optional: If you would like to first test your Node-RED flow by communicating with a host device (ie your laptop, another Tulip Edge device, etc.), you can do that by using RS-232 with a null modem, or USB-UART cables with crossed-over TX/RX lines (do not connect power).

Examples of programs you can use on the host device to communicate with the Edge device are:

We will be using the nodes in the node-red-contrib-serialport package for serial communications in Node-RED. If on a Tulip Edge device OS44+, this package is preinstalled. Otherwise, you can add the nodes to the palette using the Node-RED editor as described here.

The serial nodes will appear under the network tab: 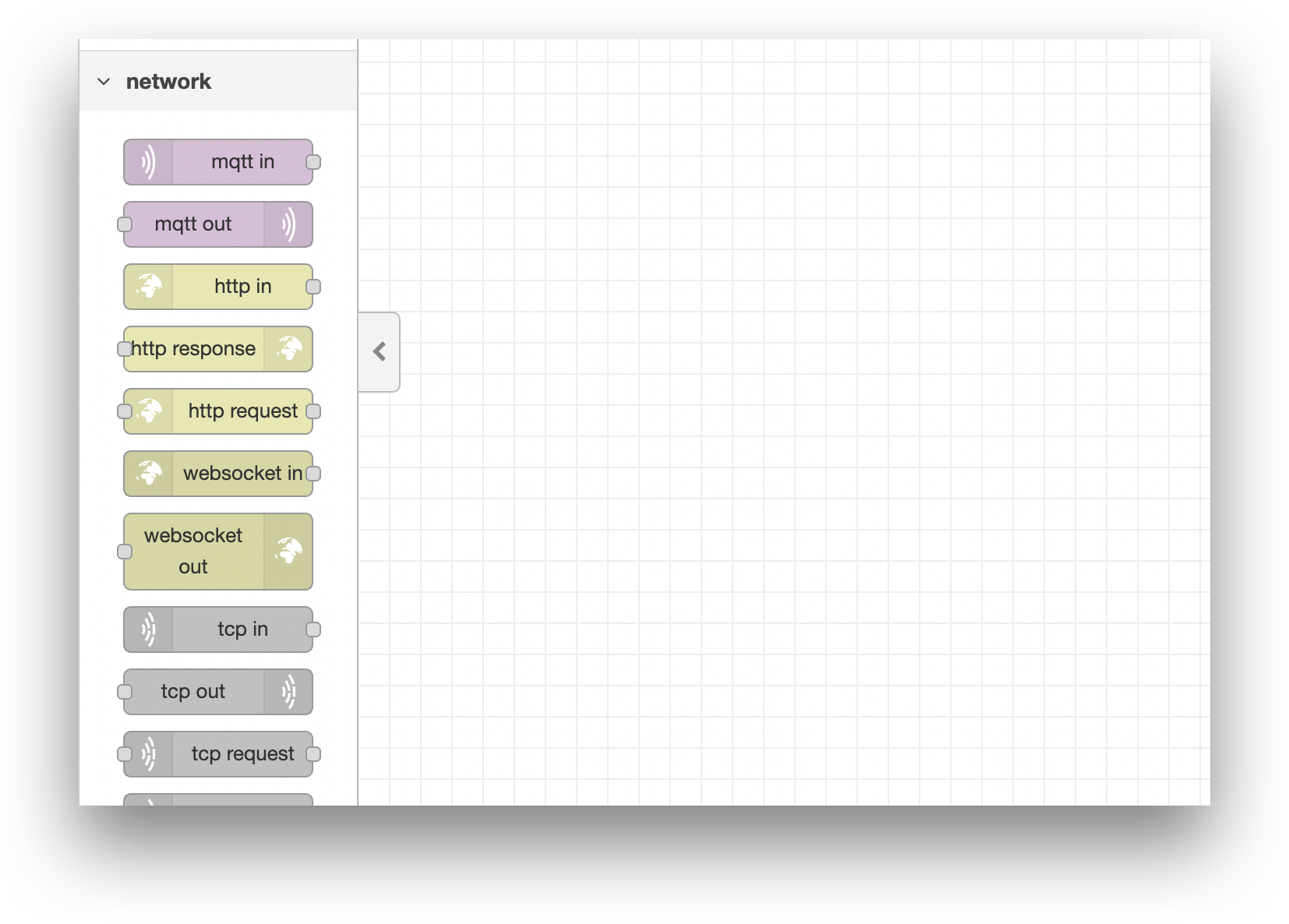 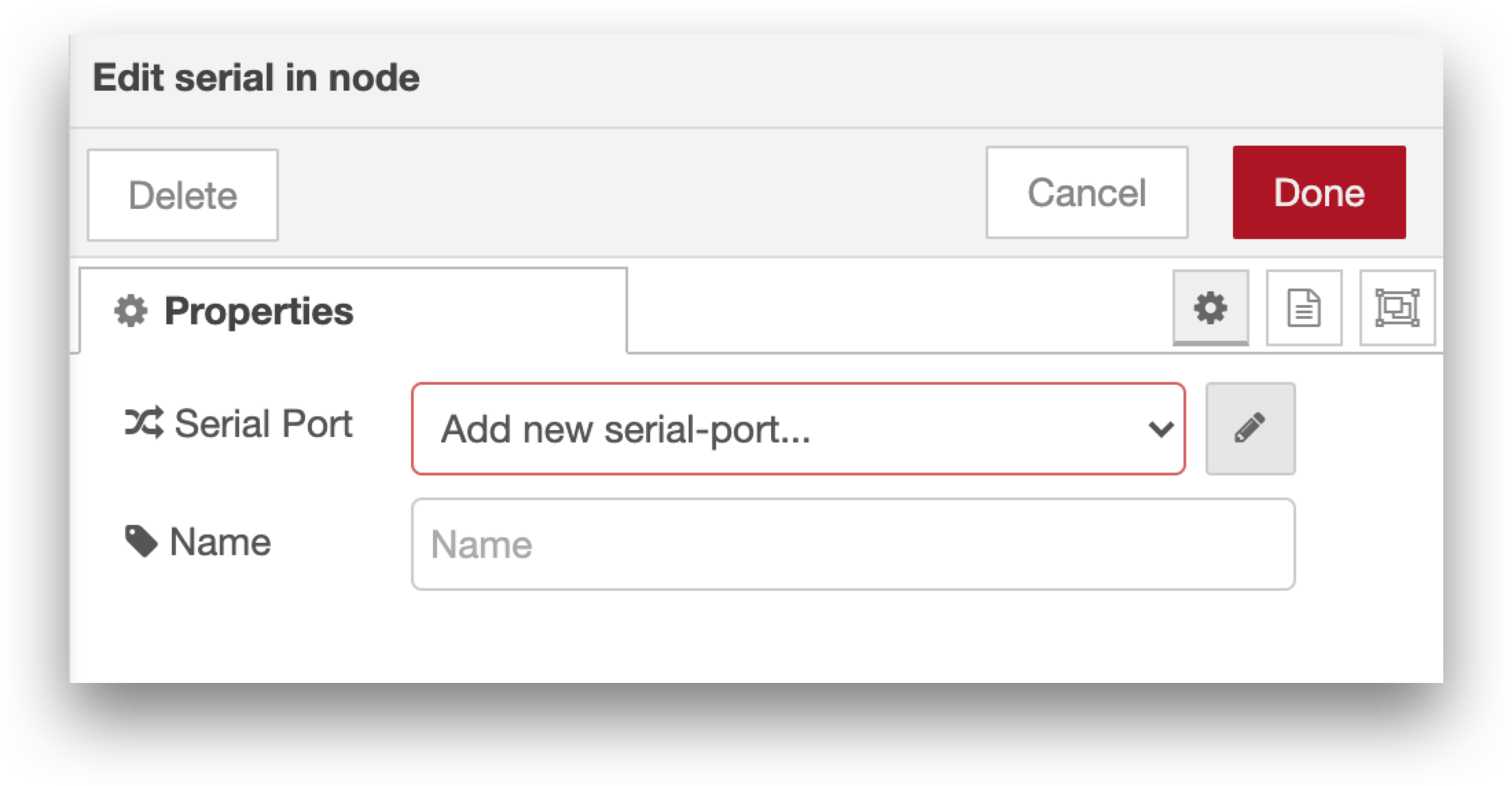 You’ll then fill in the following properties: 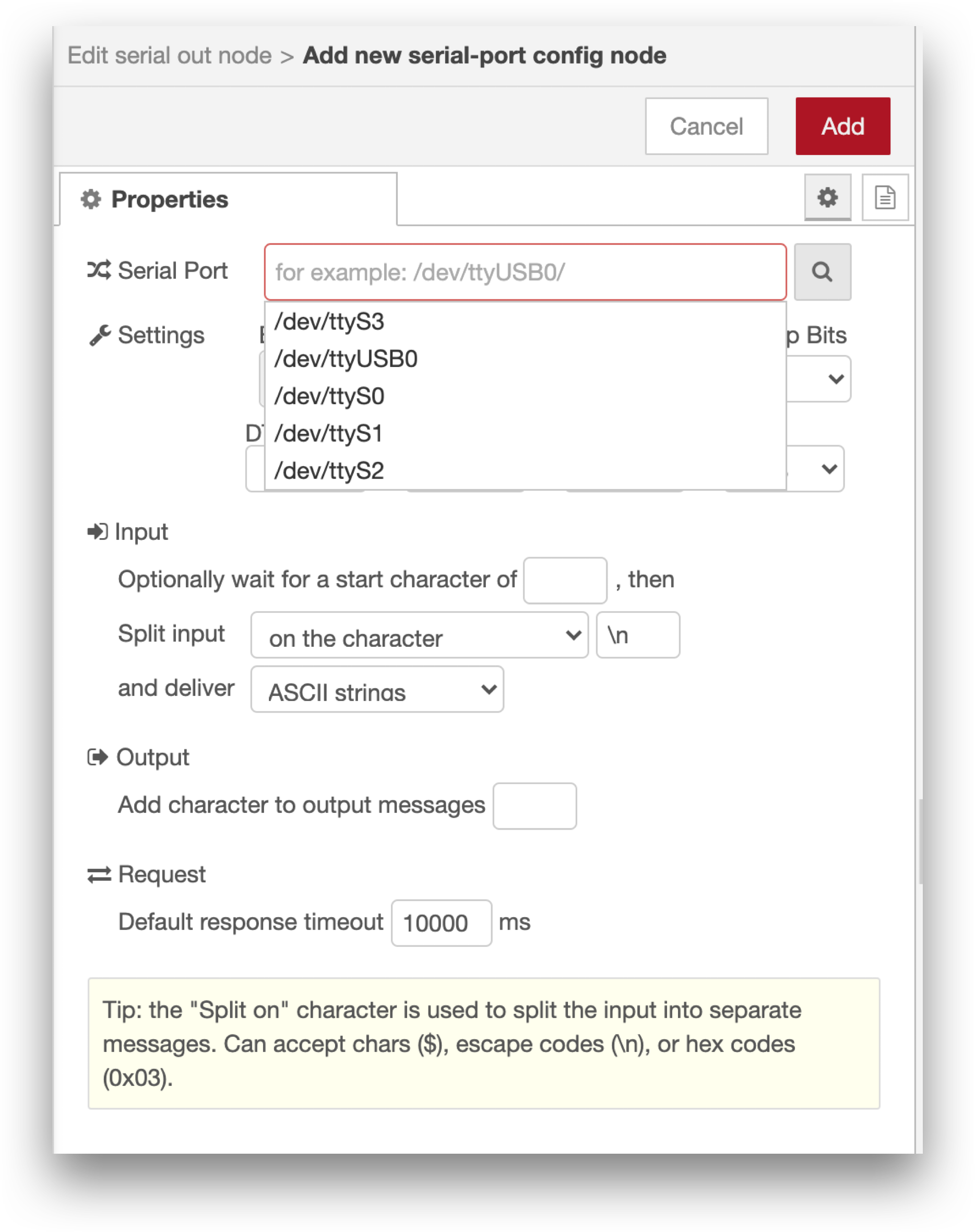 Note: There is currently no support for hot-plugging USB devices in Node-RED. This means that the USB device must be plugged in when the device boots for Node-RED to have access to it.

You can see that you are connected to a valid serial port if, after deploying, the node status is “connected”: 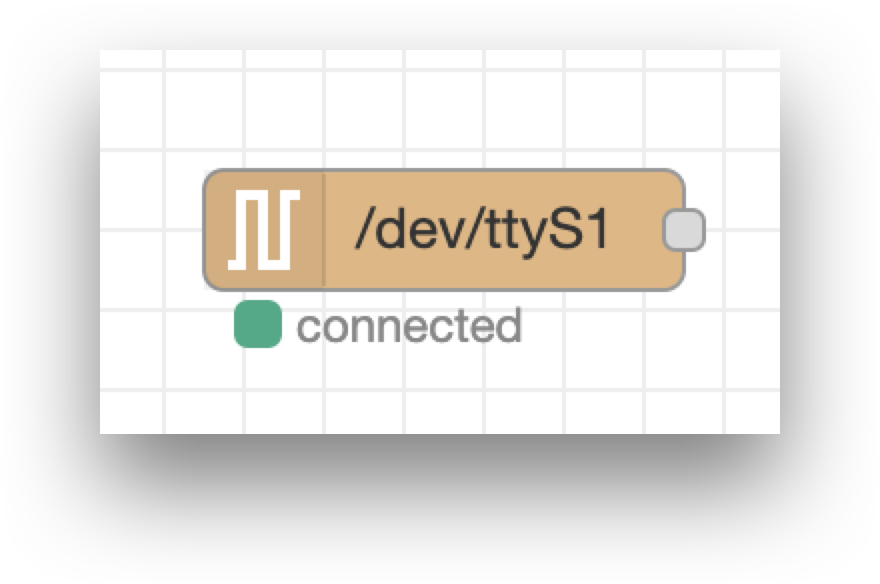 To write a serial output to a Tulip Edge device from a Tulip app, you can use the serial_http_endpoint flow and set up an HTTP connector on your Tulip instance running on the Edge device connector host. You’ll need to add a connector function to this connector that to sends POST requests to the /serial HTTP endpoint, and call that connector function from the app. Learn more about writing values to Node-RED using the Connector Host in Communicate with Machines using Edge MC's Connector Host & Node-RED .

To read serial input on a Tulip Edge device and send to Tulip, you can use either the Tables API (to write the data to a table) or Machine API (to write the data to a machine attribute). The library flow serial_to_tulip_table is an example of how to write newline-delimited serial inputs to a tulip table. You’ll need to configure the serial node, and the two Tulip tables nodes, with the correct settings for your use case. Learn more about how to use the Tulip Tables API node in Using Node-RED with the Tulip API