Connecting an Analog Oscilloscope with Edge IO and Node-RED

This article covers the workflow to view analog sensor data from the Edge IO locally in Node-RED. It will utilize a Tulip Node-RED library flow that can be imported on your Edge IO.

By the end of this article, you will have the following flow within Node-RED and be able to view a live, local visualization of the device data. 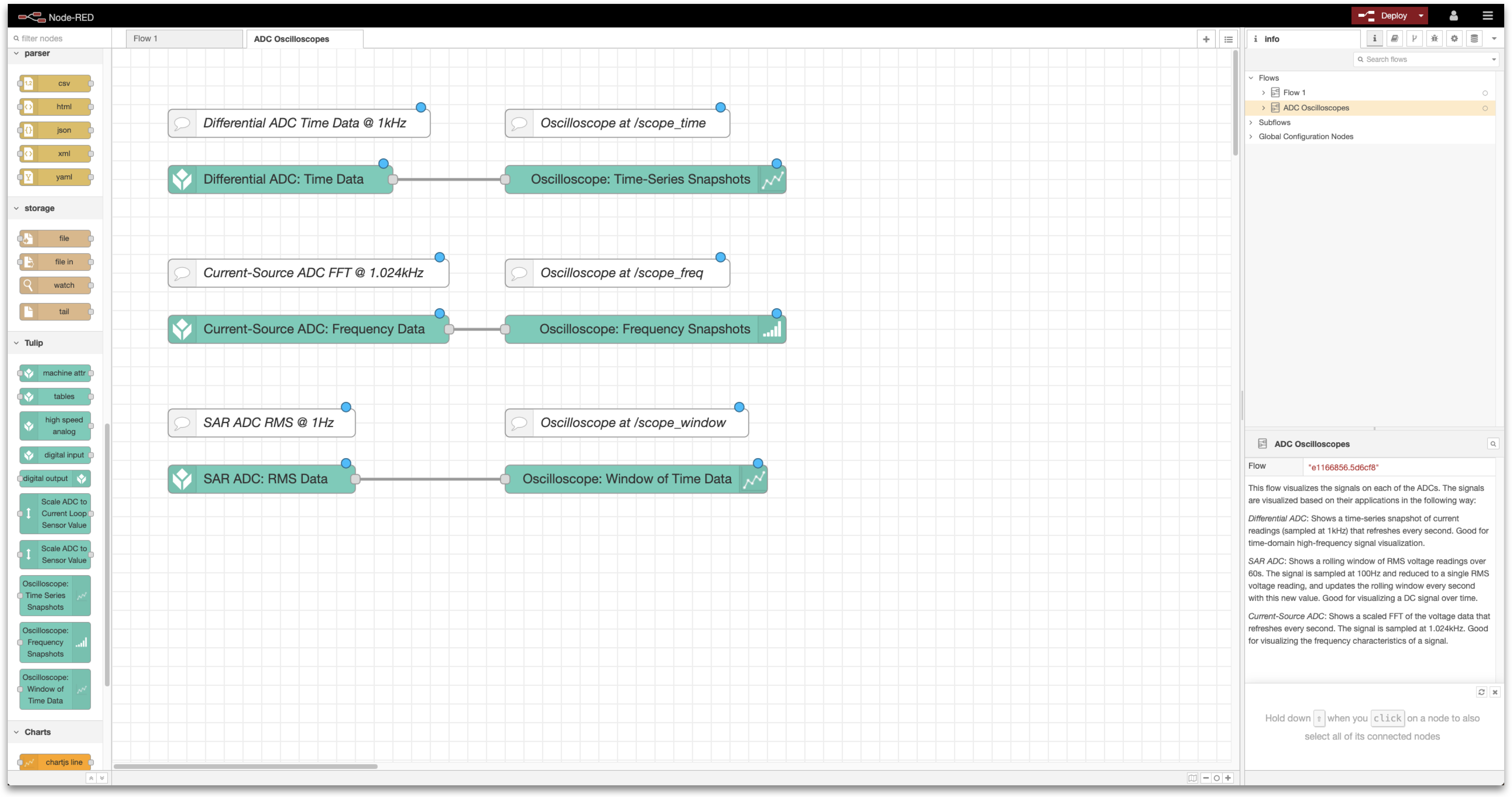 You will complete the following steps:

What you will need is:

Note: In this flow, the analog data is not persisted or sent to Tulip. The flow is primarily intended to be a diagnostic tool during development to visualize the current data being captured by the analog sensors. 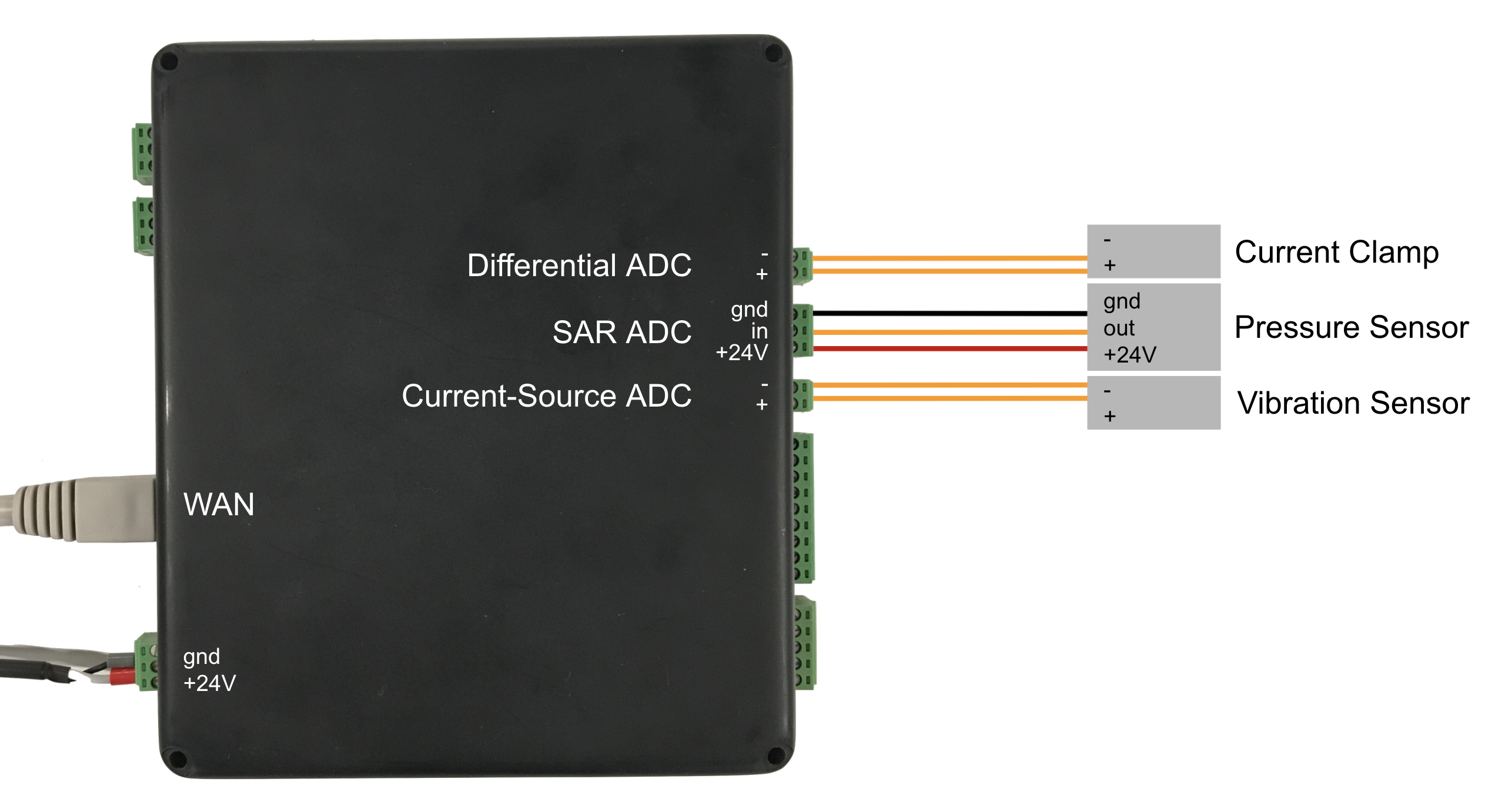 Additionally, ensure that you’ve powered the device and connected the device to your network by plugging an ethernet cable into the WAN port or via wi-fi.

Open the Device Portal on the Edge IO. Launch the Node-RED Editor using the following credentials:

See more information here to get started with Node-RED on Edge IO.

To import the library flow, follow the steps in our Importing Tulip Node-RED Flows document. The flow to import is analog_oscilloscopes.json and importing creates the ADC Oscilloscopes tab in the editor.

2b. Overview of the Flow

This flow is comprised of three separate workstreams to visualize signals on each of the ADCs:

Generates a time-series snapshot of current readings that refresh every second. This can be used to visualize time-domain high-frequency signals.

Generates a scaled FFT of the voltage data that refreshes every second. This can be used to visualize the frequency characteristics of a signal.

Generates a rolling window of RMS voltage readings over 60 seconds. This can be used to visualize a DC signal over time.

With the Node-RED flow imported, you can Deploy your flow from the top right and begin to see the data from the Edge IO analog inputs.

Many details of this flow can be edited depending on the sensors you use and the values that they output. Examples of edits that you can make include:

By navigating to the following paths, you’ll be able to visualize the data for the analog inputs. Below we include graphs both for when the input is “floating” (i.e. when there is no sensor plugged in), and an example graph from when the suggested sensor from the Hardware Setup is plugged in

No sensor connected to Differential ADC: 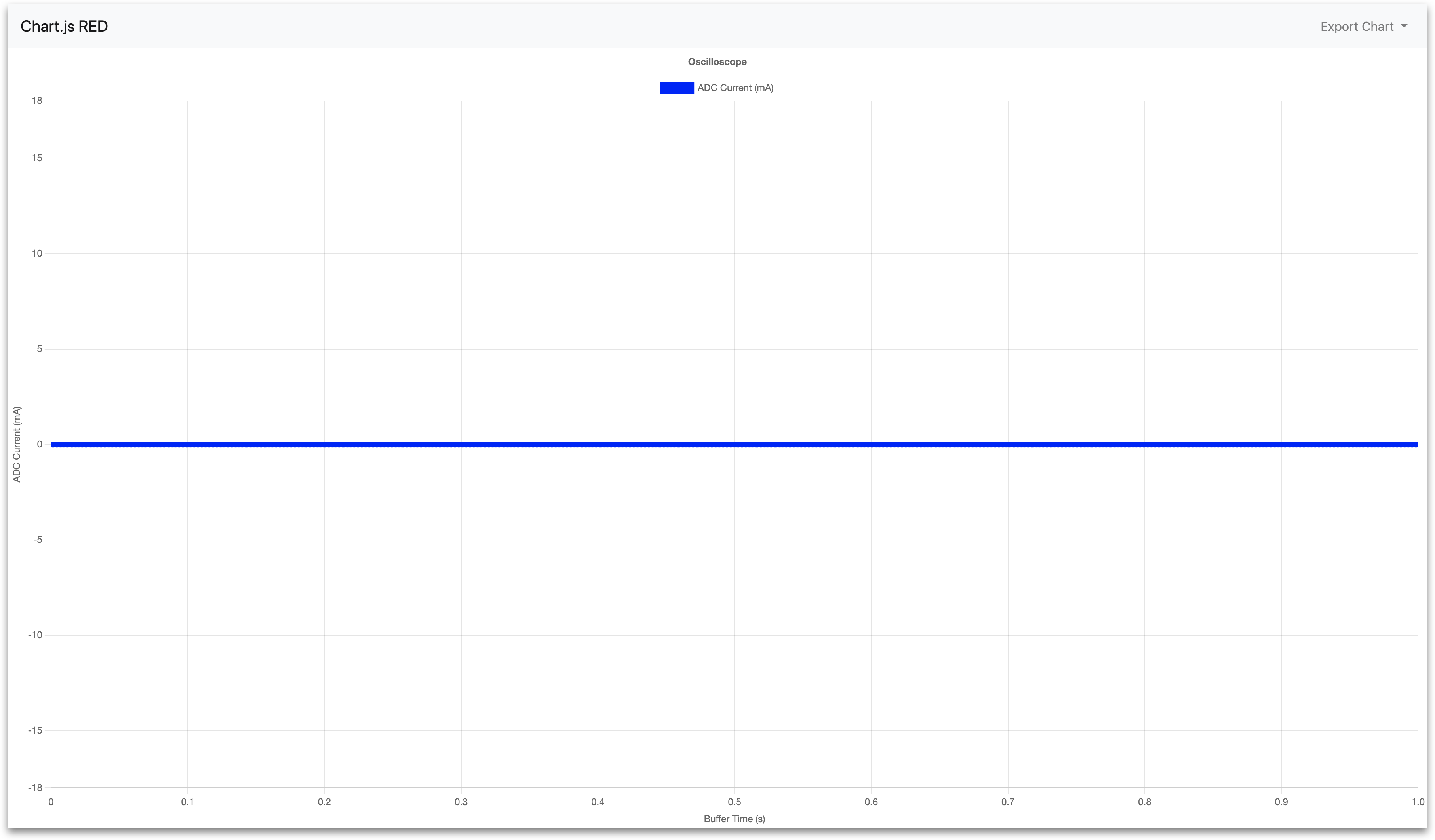 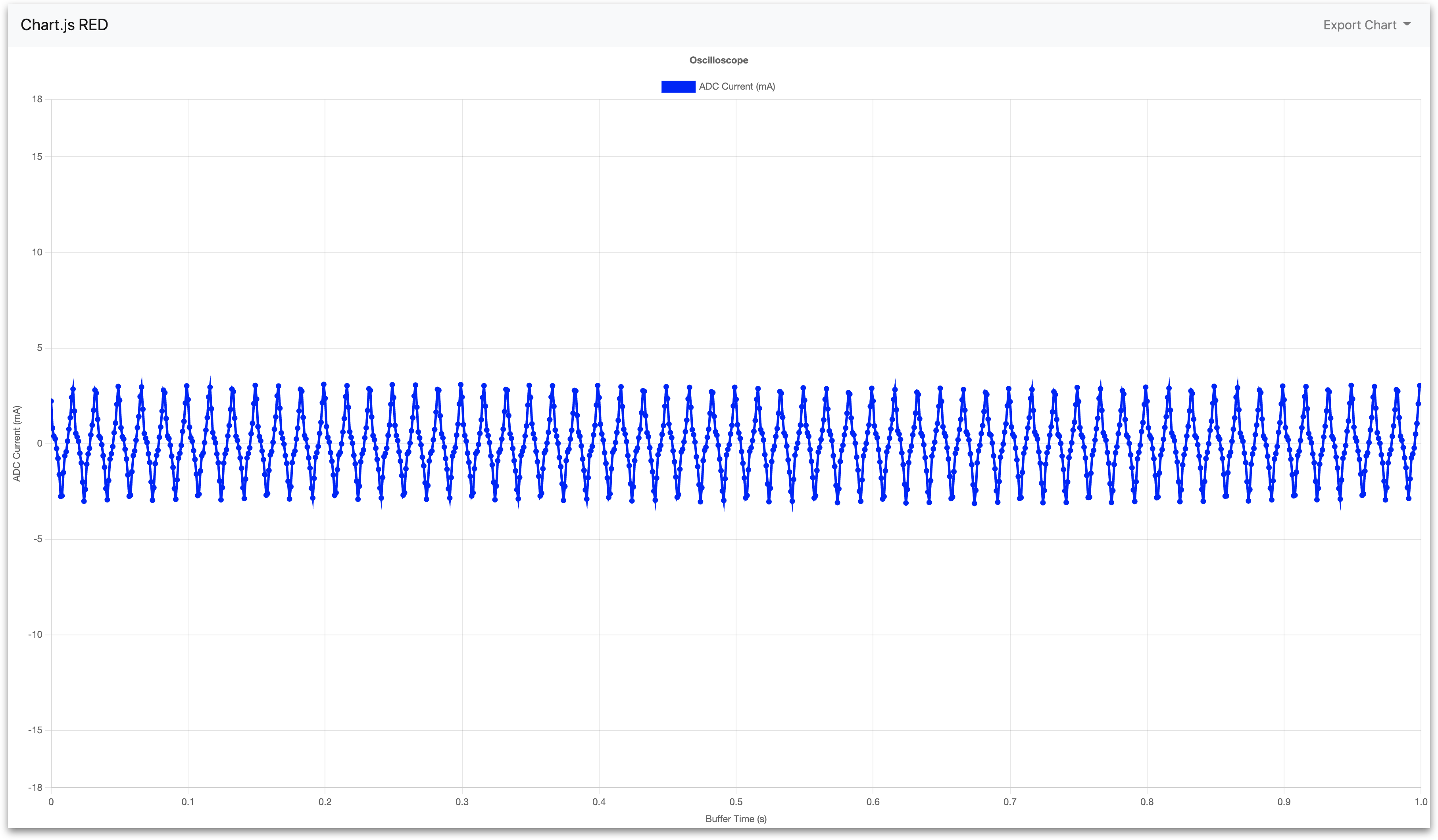 No sensor connected to Current-Source ADC: 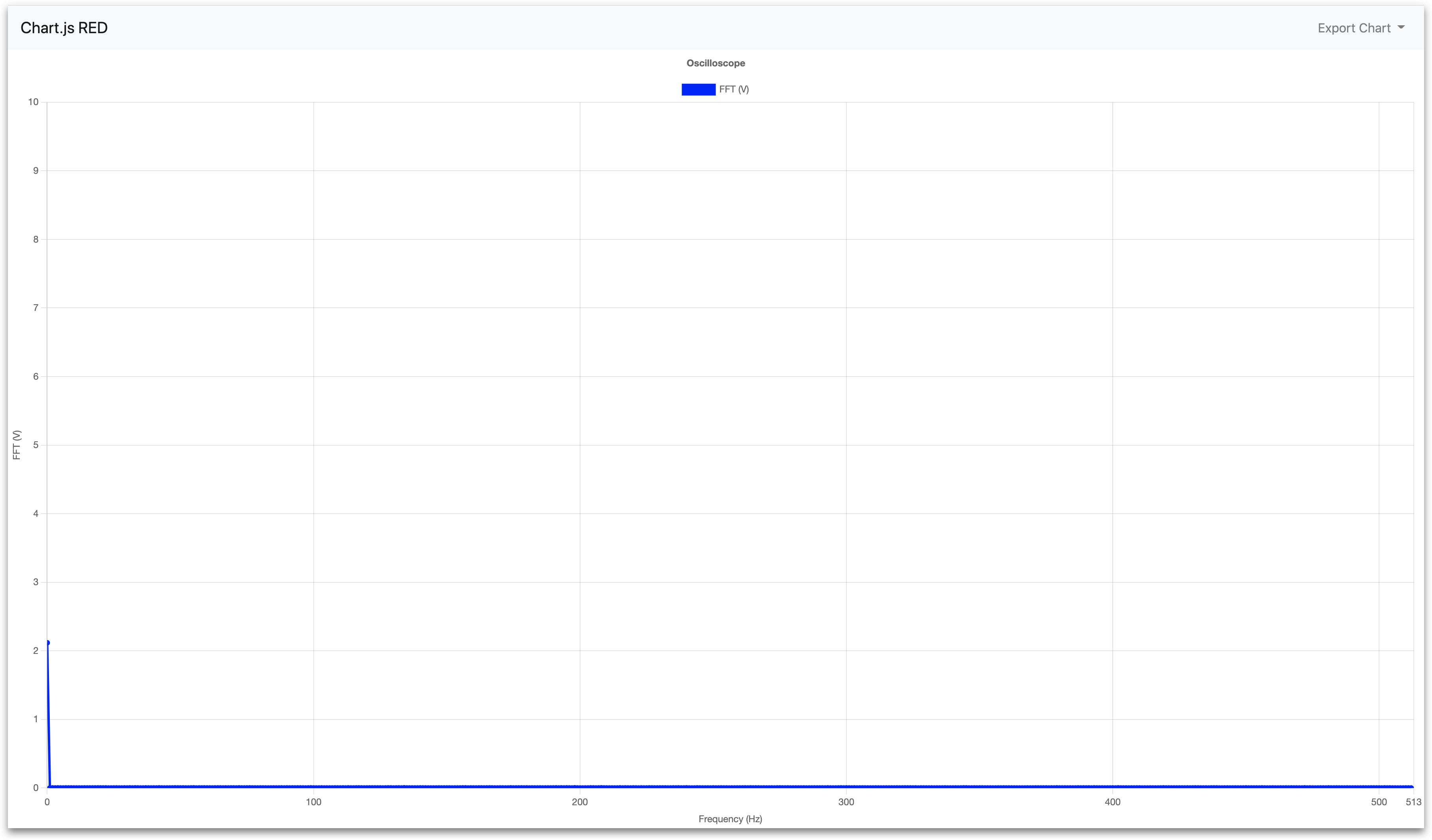 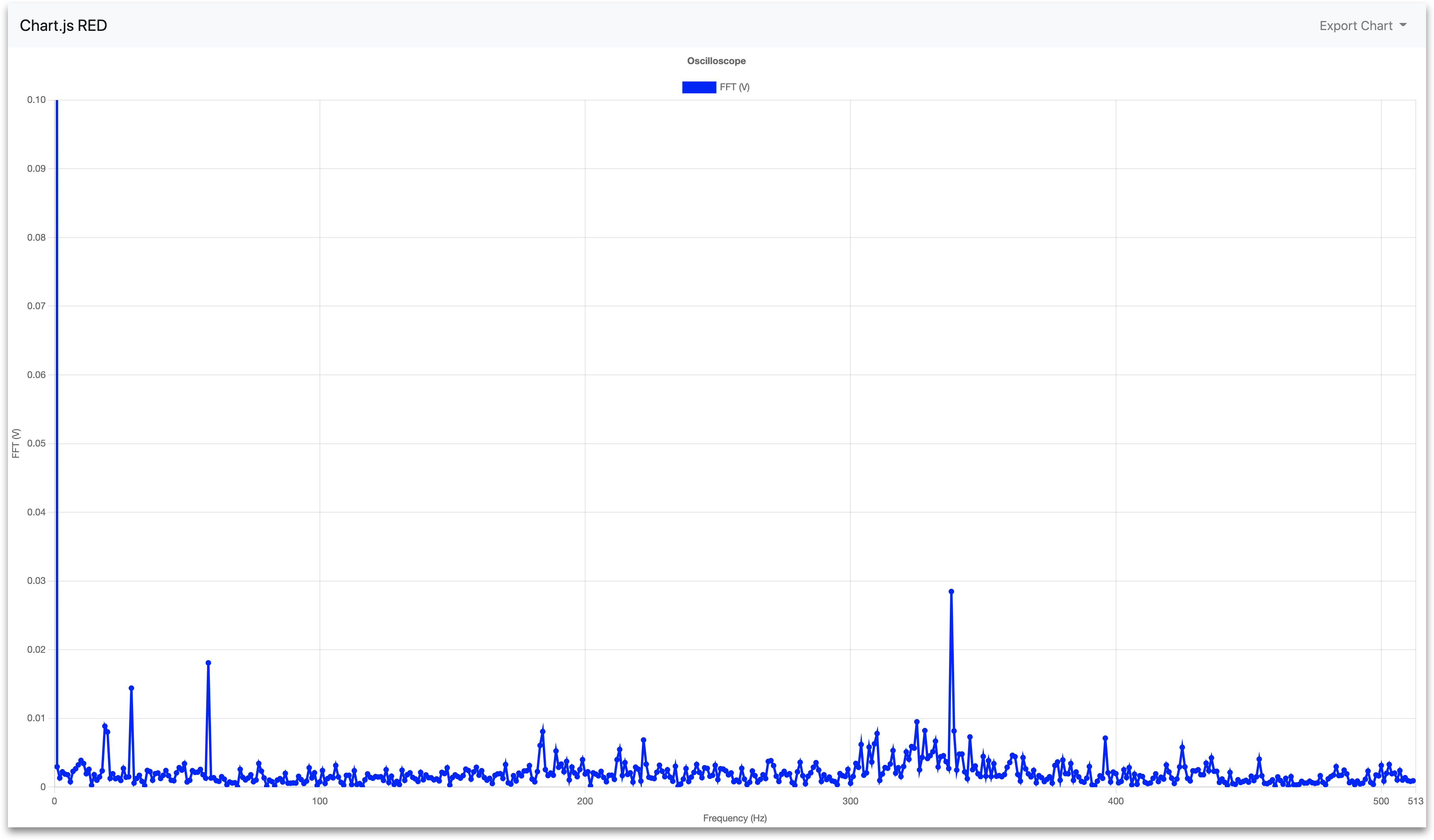 No sensor connected to SAR ADC: 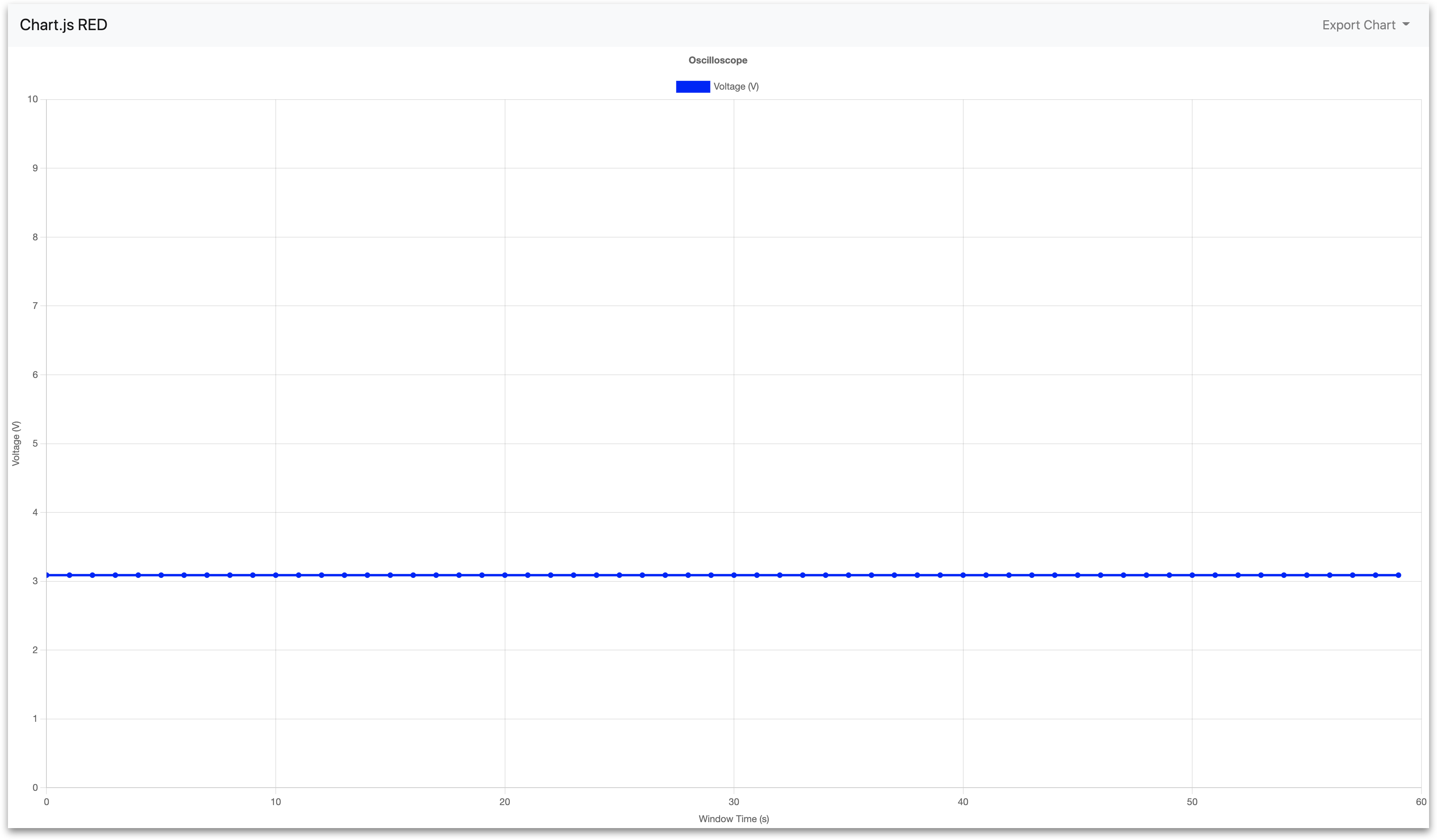 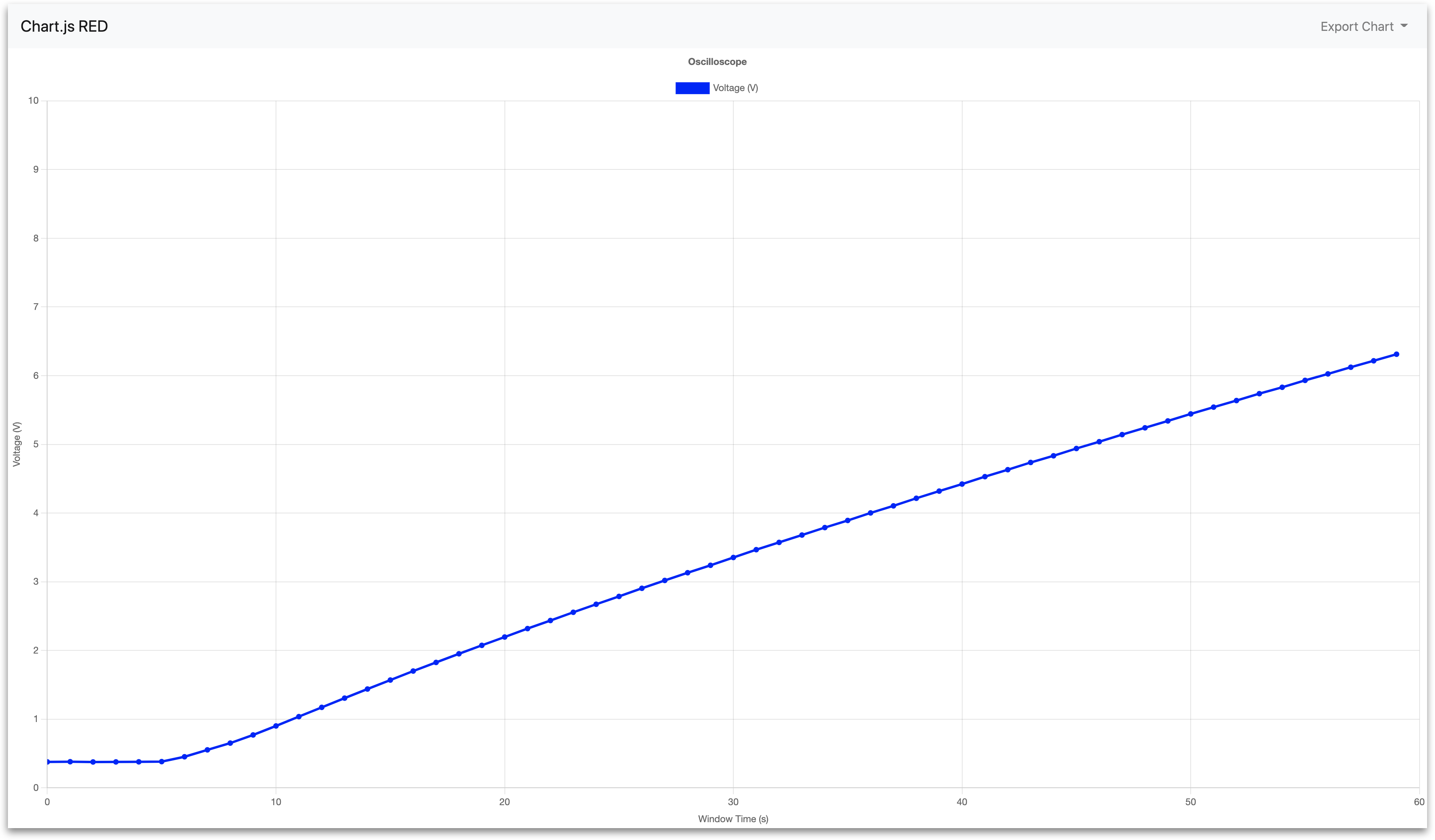 Technical Details of the Node-RED Flow

Below is a detailed summary of the nodes and their default configuration parameters imported with the analog_oscilloscopes.json file.