Data can be entered on Form Steps, but what about entering data on a standard production step?

In order to cut down on the number of steps and routing options an operator must go through, it is often easier to enter data within an instructions step, rather than a separate Form Step. You can also write directly to Tulip Tables using Input Widgets.

The following will display how to initiate a data entry field, or Input Widget, onto any app step.

Select the Input option on the Toolbar:

Once selected, you will have the following options:

Choose an existing variable, or create a new variable to assign to the input widget:

By assigning a variable to the input, the input value can be referenced throughout the app to build various logic.

By assigning your input widget to a Tulip Table Record, you can directly edit a table record. Specify the column of the table record in the dropdown:

This will automatically save the value of the input widget to the table record.

The checkbox option provides a boolean output, which can be turned to Yes or No by checking or un-checking the box. For more information on checkboxes, check out this article here.

When selecting a Text Input, you will be able to assign the widget to a column of a Tulip Table, or a Variable. Similarly to the checkbox, a variable will need to be assigned to the text Input Widget in order to use the data later in the app. This variable can be selected from a list of text variables, or created inline from the Variable selection dropdown. 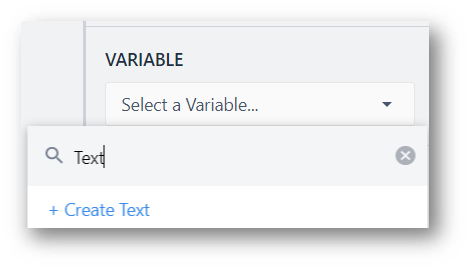 This will behave in the same way as a variable created in a form step input.

If you want to make the text input widget larger, select the "Multiple Lines" toggle in the Context Pane. You can then change the dimensions to fill any space.

A number Input Widget is also similar to the previous two, as it will need to be assigned a Number variable to appropriately use the entered data. Select an existing variable, or create one by typing a name and selecting Create. 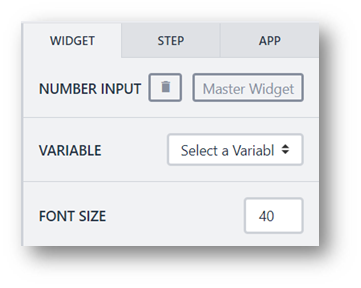 Once a Variable is added in this case, an additional option is revealed. 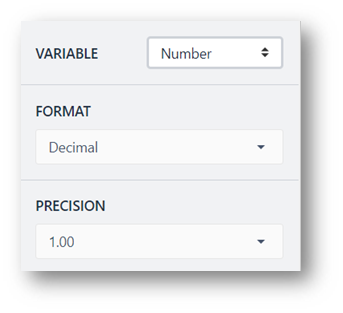 In the Format option, both Integer and Decimal can be selected for the display of the information. An Integer type will display only the whole number, while a Decimal will display up to the number of significant figures selected. The Precision option determines this number of figures to be displayed.

To best use this widget, make sure you already understand arrays.

The single select Input Widget allows you to select an option from a list, with a number of powerful configurations. Similar to other Input Widgets, you can select the Datasource type of either Tulip Table Record, or Variable: 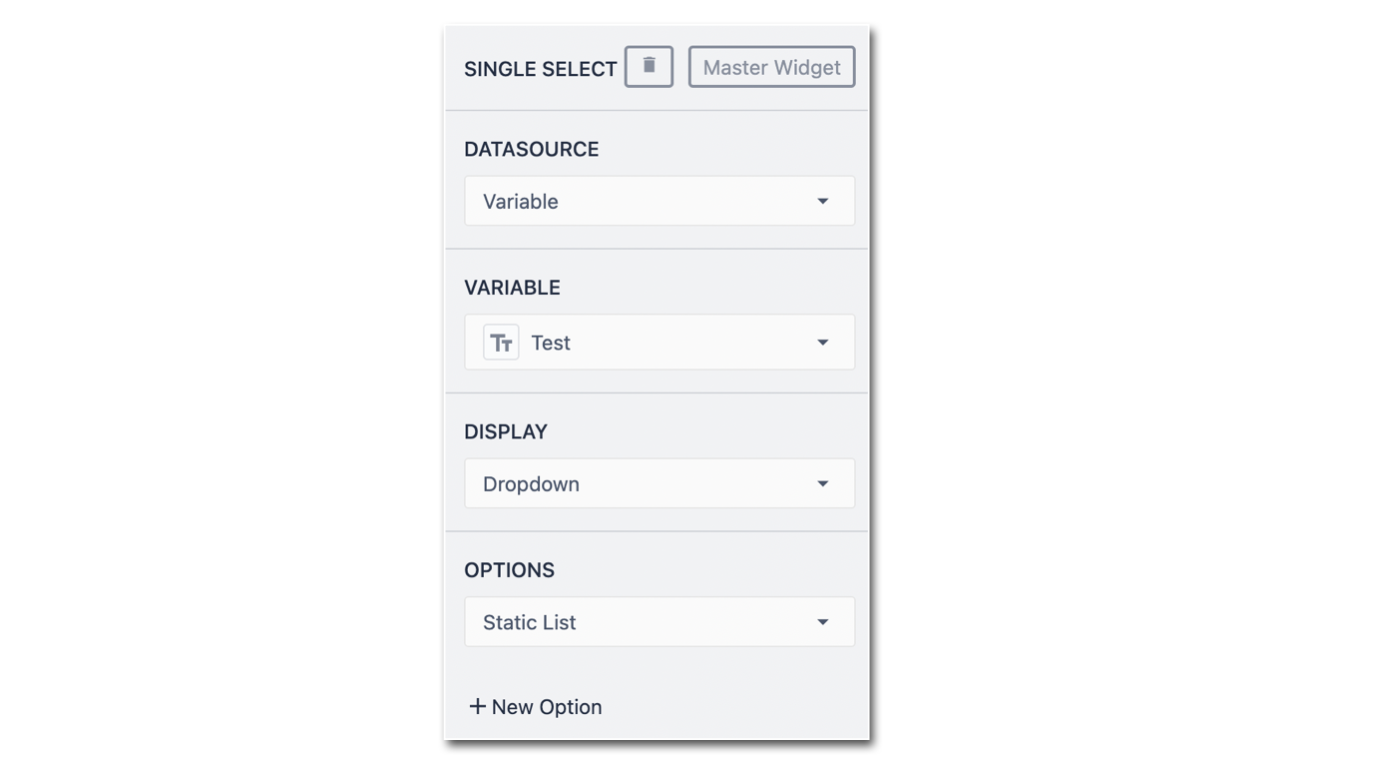 One very simple way to use this is to assign or create a text variable in the Variable field, and display as a Dropdown with statically created values. You can add options by selecting 'New Option' just below the Options field. Once done, it will look like this:

If you change the Display field to a Menu, the widget will take on the following form for display: 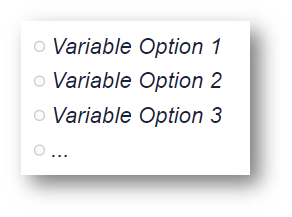 You can also have the Options be listed as the parts of an Array variable. 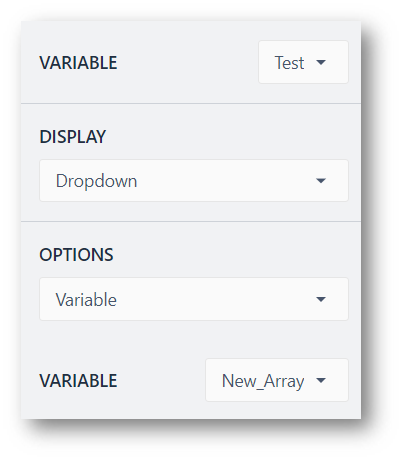 In this method, all of the components of the selected array can be selected. To be clear, the Array is the variable selected beneath Options, and the Variable named 'Test' will store the user's selected value from the list of options.

Using the Array Variable configuration is extremely powerful, as it allows you to take options from the existing array, and also push new values onto the array to be selected. As an example, a button can add an option to this widget by adding a trigger. the trigger might look something like this:

In this example, the button adds the option 'Something New' to the Menu or Dropdown Input Widget. 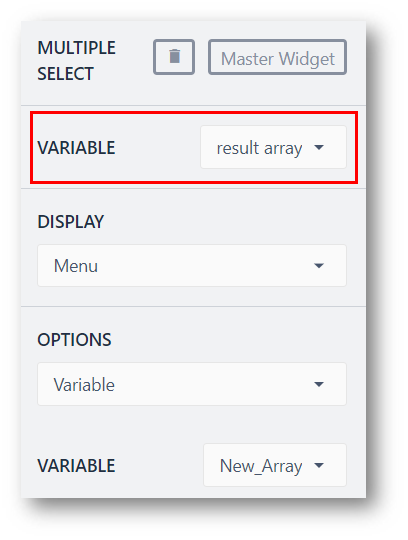 This allows you to select multiple options from the Menu or Dropdown, and output them to an array variable. The configuration on view and select options are exactly the same as the Single Select widget options, detailed above. The Multiselect widget will display as below. 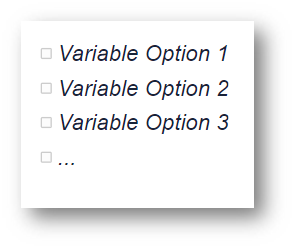 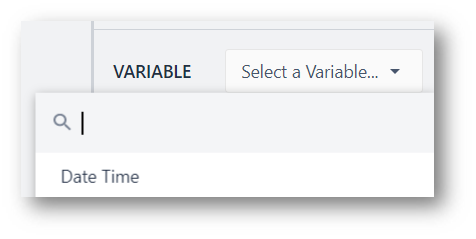 The widget will then allow for the Datetime to be selected by the user within an App on a normal step. The interface will look like this in the Player: 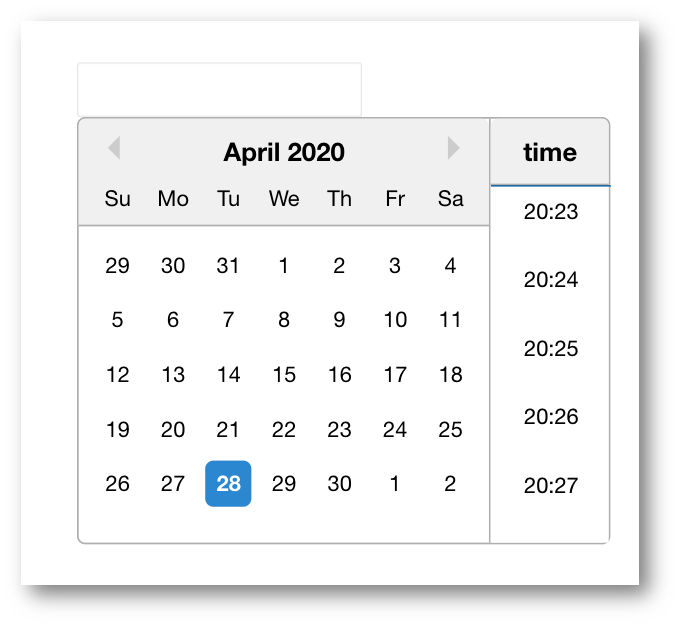 The Image widget allows the operator to either take an image on the step, or upload an image from local storage. This widget will need an Image URL data type variable to store the image taken to an appropriate variable.

By selecting a Datasource of Tulip Table Record, you can save the image directly to a Tulip Table. Please note the Aspect Ratio can also be adjusted within the Context Pane for this widget.

Within the Player, users can also "Flip" and "Rotate" live view from the camera.