This is part 3 of a 3-part series on connectors. Learn how to use HTTP Connector data in an App.

Written by Peter Neylan
Updated over a week ago

Please read Part 1 and Part 2 of this series before continuing with this article.

So far we have created an HTTP Connector and a function that will get weather data from openweathermap.org.

In the third and final part of this series we will use our new function in a Tulip App. Refer to Tulip App Design 101 for more details on building apps in Tulip.

Create a New App with a Form Step

To start, create a Form Step with a "Dropdown" form widget. Then create a variable called city and assign it to the "Dropdown" widget. 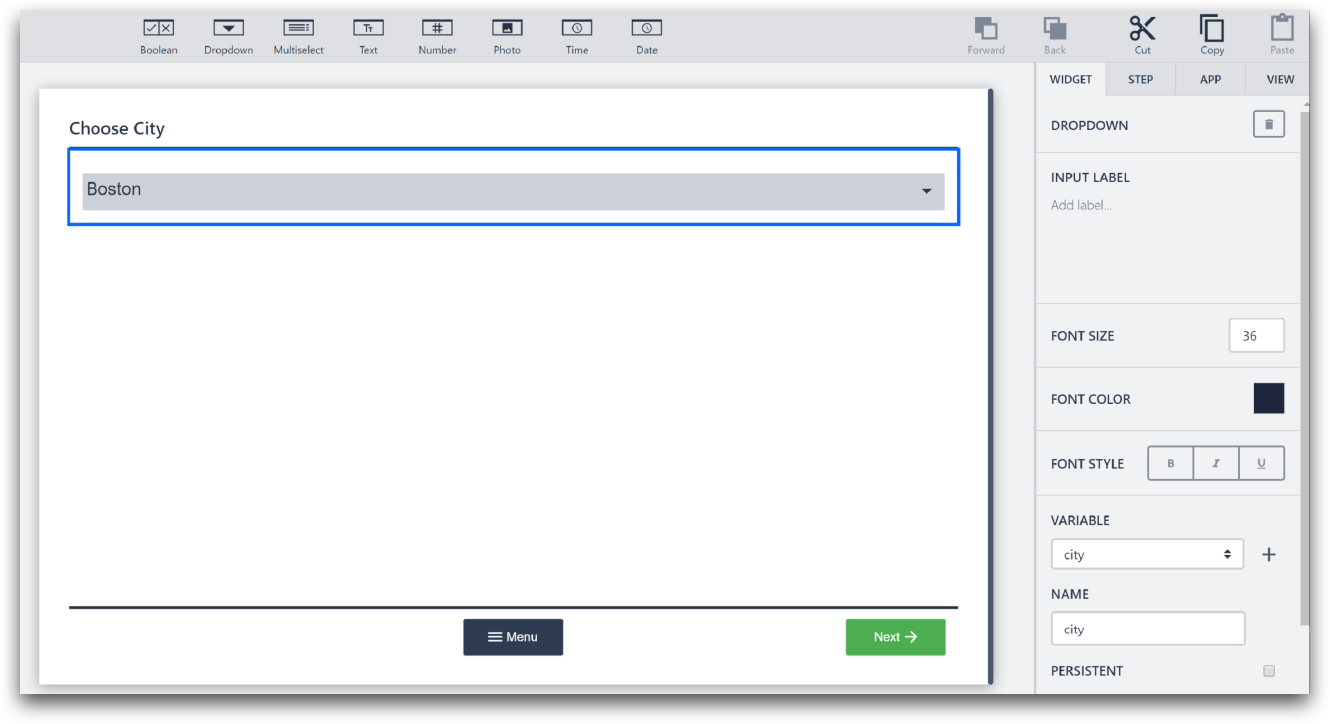 Create a step for showing the weather data

This will be a basic step where we show two variables using Variable text:

NOTE: Feel free to experiment with the design of your app! 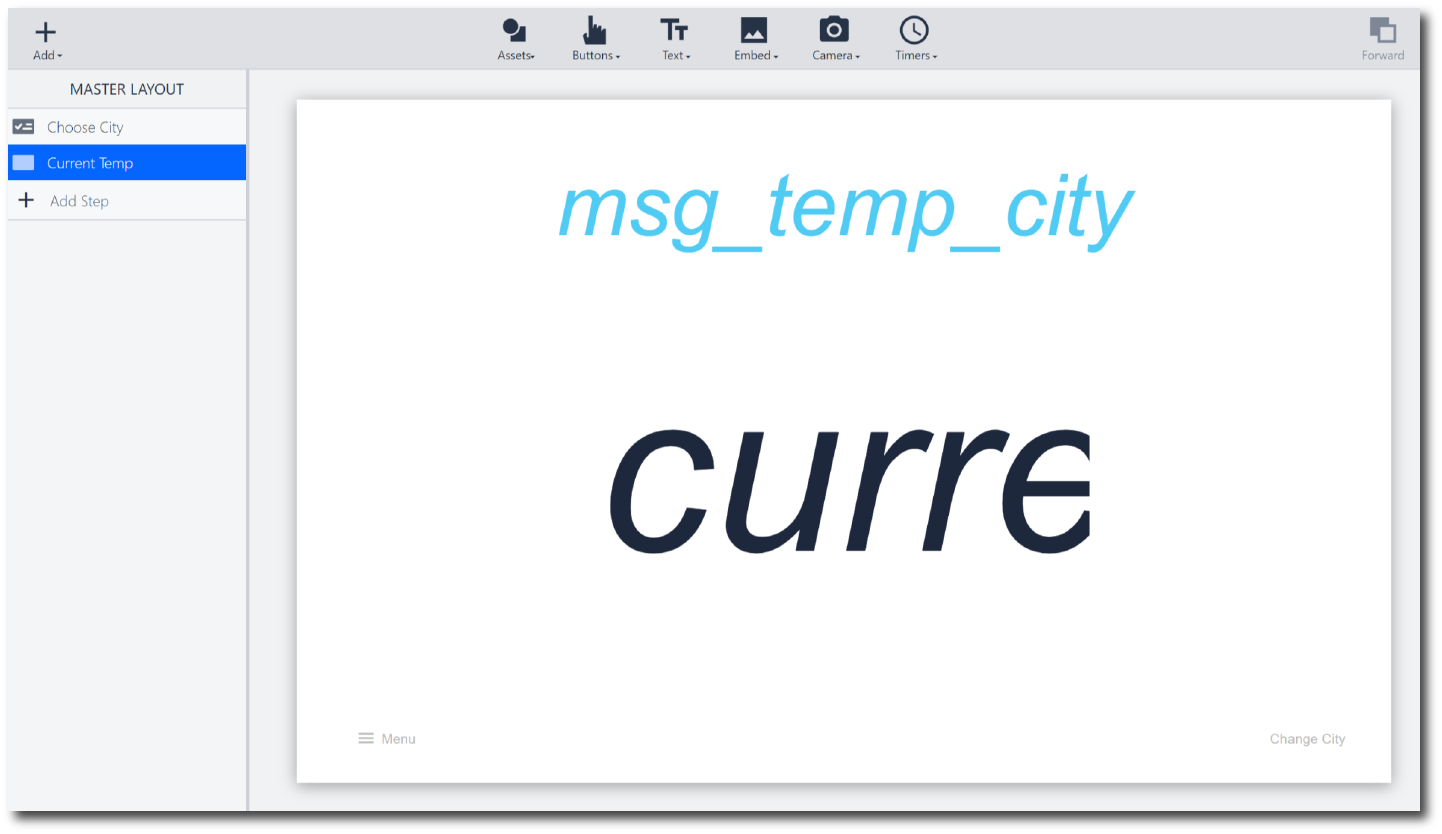 Call the function we created in Part 2.

Create a new Step Trigger for When Step is Opened and add a new action.

Convert the temperature to Fahrenheit using the Expression Editor

The temperature value that is returned from the API is in Kelvin. We would like to display this in a more common unit such as Fahrenheit. To do this we will us the Expression Editor.

Create another trigger that runs when step is opened

Add an action and use an expression to concatenate the city variable with text. Store the result in the variable we created earlier, msg_temp_city.

Add another action and use an expression to convert the temperature from Kelvin to Fahrenheit and concatenate with ' F' for the units. Store this in current_temp_f.

Then save the trigger.

That's it! Run your app in the Tulip Player to see the results

Your app should now allow you to change the city and see the temperature.