This guide will help you build a production visibility app in the Tulip system.

Written by Erik Mirandette
Updated over a week ago

Note: This topic is featured in the "Build a Process Visibility App" section of Tulip University.

The Production Visibility App is a simple example app that demonstrates how work order and other production data is easily collected and stored.

This app has only two steps, but the logic used to collect production data is quite powerful and easily generalized to other, more complicated processes. The app also demonstrates how to collect and store barcode scanning data.

Upon starting the app within the Tulip Player, users are shown the number of parts already produced that day and are prompted to scan a work order barcode to proceed. 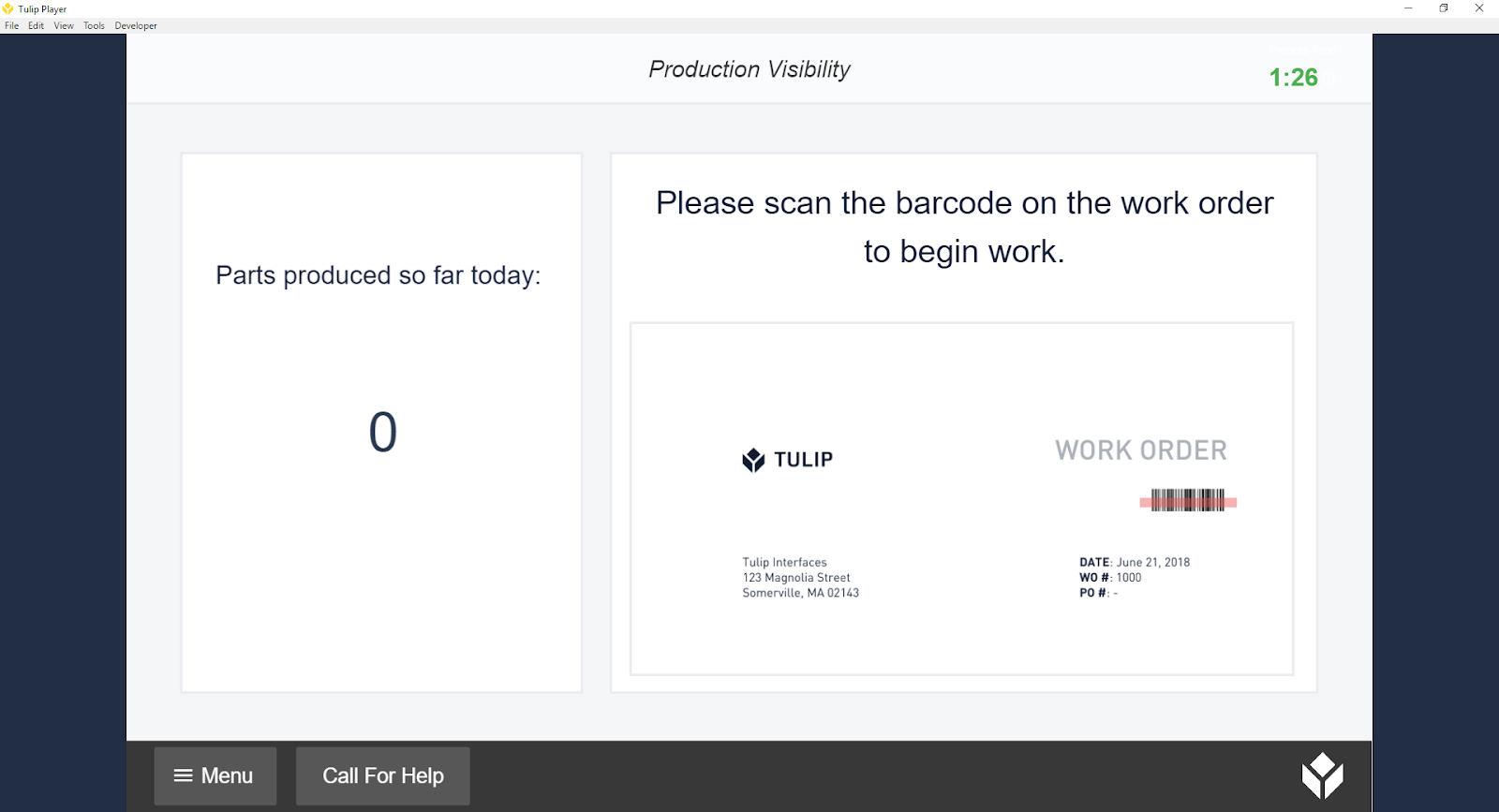 When a work order barcode is scanned, the app will store the barcode number and advance to the ‘Complete Assembly’ step.

When a work order is complete, the user selects ‘Work Order Complete’ to complete the app and returns to the ‘Scan Work Order’ step where another work order can be scanned, thus restarting the app. 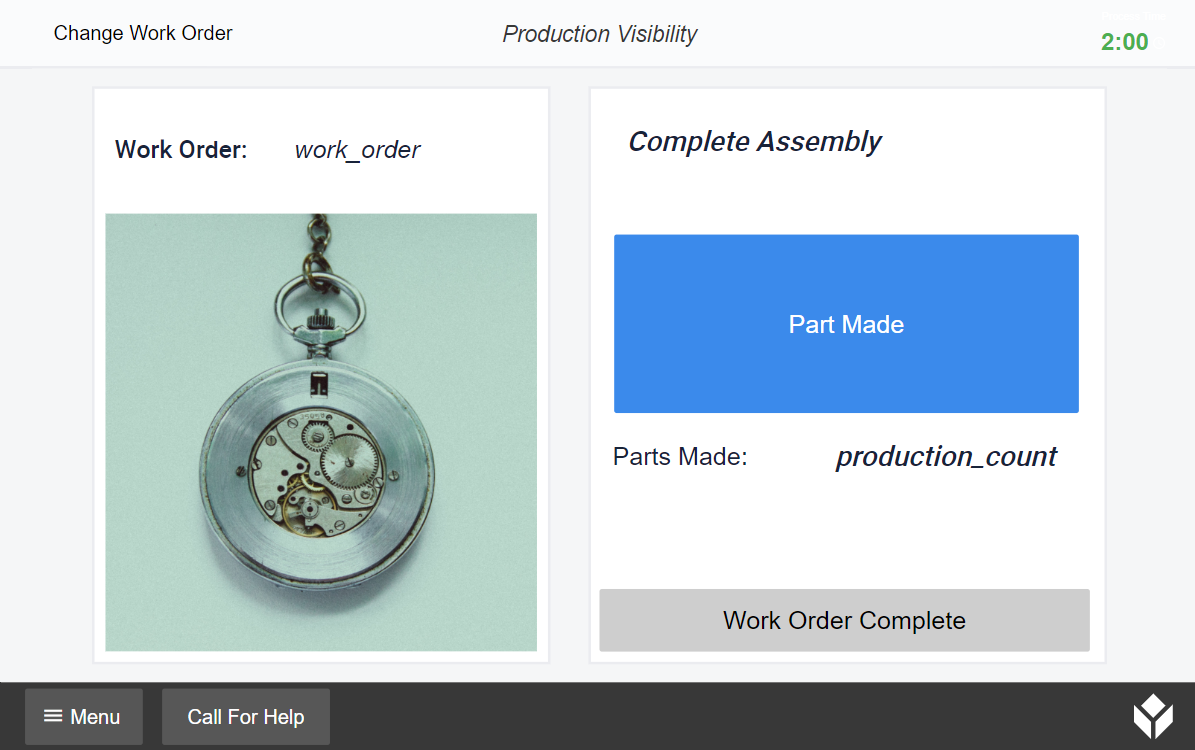 With a few modifications the ‘Production Visibility’ app can become much more feature-rich and provide greater insight into production processes.

Some potential modifications include: